Construction of major highway in Nigeria halted over environmental concerns

The construction of a 260km highway in Nigeria has been temporarily halted pending the conclusion of an Environmental Impact Assessment (EIA) on the project, the federal government of the country has announced. 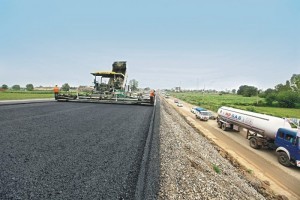 Proponents of environmental conservation say that the highway would interfere with Cross River National Park and the adjacent lowland rainforest, proposed by UNESCO as World Heritage Site and recognized as a biodiversity hotspot.

Conservationists also argue that the Superhighway construction in Nigeria will negatively affect critically endangered gorillas in the area numbering about 300.

But Cross River State governor Ben Ayade says that the highway will by no means degrade the environment. He urged the Head of Service of the Federation, Mrs. Winifred Oyo-Ita to contribute on the project for a smooth completion on scheduled.