Construction of major highways in Zimbabwe kicks off

Construction of 2 major highways in Zimbabwe are set to kick off soon.  Government inter-ministerial committee is scheduled to meet the project financiers to finalize on implementation.

The dualisation of the US$2 billion Beitbridge-Harare and Harare-Chirundu highways is seen as a strategic economic gateway in the regional.

Geiger International in partnership with China Habour Engineering Company Limited were awarded project tender for construction of the major highways in Zimbabwe.

Transport and Infrastructure Development Minister, Joram Gumbo expressed confidence that the projects will kick off.

“The teams from Geiger International and CHEC shall meet with a Government inter-ministerial negotiating team to look into the finer details of this project, which include the conducting of due diligence exercises on the companies to assess their ability financially and technically to undertake the project,” he said. 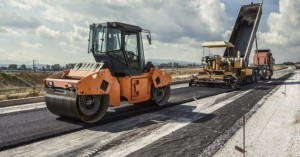 Major highways in Zimbabwe took long to be actualized

The minister said the project implementation took longer as expected. This was because due to ongoing processes on the evaluation of international companies that had submitted their bids.

The minister also said the department of roads will soon tender for the installation of six more tollgates on Chivhu -Buhera Road at Collen Bawn. In addition toTriangle, Karoi, on the Bindura-Mt Darwin road and Masvingo-Mutare Road

The current toll gates are being run by Univern Enterprises and Zinara, which also traded as Southern Region Trading Company. Gumbo added that since Zinara partnered Univern Enterprises, Zinara’s revenue inflows increased by more than 120 percent. Regarding  Air Zimbabwe Gumbo said his Ministry was the process of recruiting financial and legal advisors to help national airliner. He added that the process of hiring a substantive chief executive officer was also at an advanced stage. He added they were also in engagement with serious technical partners and financiers for the National Railways of Zimbabwe.