Power generation in Uganda to double in three years time

Power generation in Uganda will nearly double in the next three years, Benon Mutambi, chief executive officer of the state-run Electricity Regulatory Authority (ERA) has announced.

The move comes following reforms by Uganda that has boosted investment by independent power producers and development group. 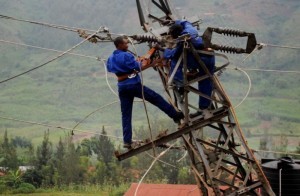 Benon Mutambi, says that the government has been working to improve the regulatory and policy environment aimed at luring investors. Once the projects in the pipeline have come online, Uganda will begin exporting power within the East African region.

Currently ,eight projects are under construction-privately and publicly-funded, aimed at expanding Uganda’s generation capacity to at least 1500 megawatts over the next three years from the current 850 MW.

To read the full article go to : constructionreviewonline.comTo get recent updates and news from us: Follow us on Twitter: @sigmaplant