114 rural roads in Nigeria to be constructed

The State government of Lagos has embarked on an ambitious mission that will see 114 rural  roads in Nigeria constructed across the 57 council area of the state in a move geared towards bringing services to the people at the grassroots.

The area governor says this in fulfillment of his campaign promises of massive investment in rural roads construction. 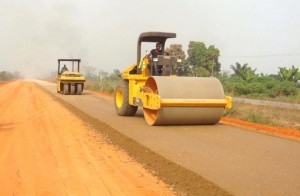 The governor during last year’s meeting of the Executive Secretaries of the councils announced plans to construct two roads in every council and tasked council heads to pick roads of their choice. He also mandated the council head to oversee the execution of the projects.

The Commissioner for Local Government and Community Affairs, Muslim Folami, while giving report on the projects, said the construction work had simultaneously started In 20 Local governments and 37 local Council Development Areas (LCDAs).

He said the governor has instructed a unique model of ‘bottom to’ infrastructural development style. This will include governance through the Community Development Associations (CDAs) and other relevant stakeholders in simultaneously monitoring the assignments

According to Folami, 30percent of the whole cost had been paid out to contractors in advance payments. He also said contractors had been given stern warnings on the need to work in line with laid down specifications. Despite payment of the money directly into the contractor’s accounts, he said there was collaboration between his ministry and the Executive secretaries due CDAs involvement together with other stakeholders at grassroots.