Construction of alternative roads in Mozambique to start

Plans have been made to construct alterna 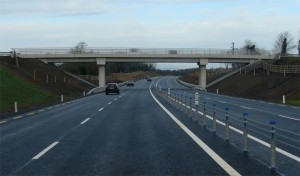 tive roads in Mozambique and are in top gear after the government announced that over the next five years, they will focus on the construction of a trunk road from the South Part of the Country to the North part to help with the existing EN1 highway.

According to the Minister of Public Works, Carlos Bonete, parts of this route already exist. These are the recently inaugurated 240km road between Chimoio and Espungabera in Central province of Manica and 230km stretch between Canicado and Chicualacuala in Gaza.

The Government is also working on the road between Nampula and Lichinga with the stretch between Malema to West of Nampula already complete while that between Malema and Cuamba still being constructed.

Construction work on the stretch between Cuamba to Lichinga will begin in the first quarter of 2016.

Bonete also noted that the new roads being constructed and the ones that are being rehabilitated will have toll gates. This will help ensure that any motorist that uses the roads pays a fee in order to recover the money that was invested on the roads.

The minister further noted that Mozambique has a total of 30 000km classified road network with only 23 percent of the same being paved.

One of the major roads that is being worked on is the highway from Beira to Zimbabwe. There will be construction of a second bridge on the road over Pungoe River adjustment to the existing bridge.

The road will also have a new junction at Inchope at the crossroads between Beira –Zimbabwe road and EN1 and weighbridges and toll gates to help control the flow of truck cargoes.

Alternative roads in Mozambique are badly needed in a country that experiences enormous traffic in early morning and evening hours.