The Hillbrow Tower is located in the suburb of Hillbrow, Johannesburg, South Africa. The building is a total of 269 m (883 ft) and the height to the top floor is 204m (669 ft). The total cost of the building was 2 million Rand (at the time, US$2.8 million) and construction started in 1968 and was completed in 1971. The Hillbrow Tower has been the tallest structure and tower in Africa for 40 years and was also the tallest structure within the Southern Hemisphere until 1978. However, in 1978 the building was , when exceeded by the construction of the Mount Isa Chimney in Queensland, Australia which reached a total of 270m. 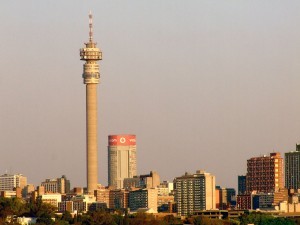 Hillbrow tower was constructed for the company which became Telkom which is Africas largest telecommunications company. As the general height of buildings grew in the central business district, it became necessary that the height of the new telephone tower stayed above the height of the buildings surrounding it.

Construction of Bugesera Airport in Rwanda kicks off

World Bank to fund construction of US$ 30m complex in Kenya