Construction of US$ 14m water project in Tanzania gets underway

Tanzania is constructing a US$ 14m water project plant in Sumbawanga Municipality in Rukwa region. The water project in Tanzania is aimed at improving water sanitation services in the area. 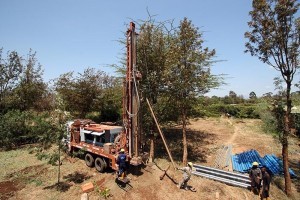 The development of the project has been divided into two sections that comprise of drilling of deep wells being undertaken by the Jandu Plumbers Company based in Arusha, construction of clean and safe water network infrastructure and finally the construction of two sanitation dams that is being carried out by Technofab Company from India.

The construction of the mega water project is jointly funded by the European Union, the Tanzanian government and the German Development Bank KfW.

Some of the funds will also be used on connecting pumps in 12 drilled deep wells, laying of water pipes in Sumbawanga Town covering 16 kilometres, improving water filtering plant located at Majengo Juu area where construction of 12 water kiosks and 38 water centres is ongoing and purchase of two garbage collector trucks.

What are asphalt road pavers?