Africa’s financial power man Aliko Dangote and chairman of the Dangote Group, has called on the Nigerian government to construct roads using concrete as opposed to the perennial asphalt roads made of bitumen in order to develop infrastructure that would last longer and have wider benefits to the government and the citizens. 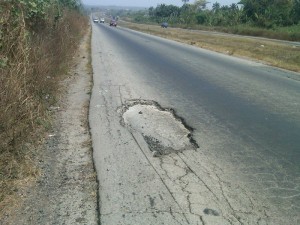 Speaking at the Nigeria Summit organized by The Economist in Lagos on Monday, Dangote said roads made of concrete had a 30 percent longer lifespan as opposed to the age long asphalt roads.

According to Dangote, the cement company has undergone remarkable expansion over the years and currently has the capacity to export $500 million annually.

The Dangote Cement has constructed a 3 million metric tonne per annum plant in Nepal as part of its expansion frontiers. He also added that the long term plan for the Dangote Group is to protect itself from forex challenges that tend to compromise the company’s performance and make the company self-supporting in terms of forex needs by the year 2018-2020.

Our Team at Sigma