Egypt plans to construct a million houses to curb shortage

Egypt plans to construct a million houses for the poor and low income earners to curb the current housing shortage being witnessed in the country.

According to Egyptian housing minister Mustafa Madbouly the mega project is expected to cost almost $20 billion over the next five years in order to ease a crunch that has seen slums and unlicensed buildings spread since the 2011 revolt. 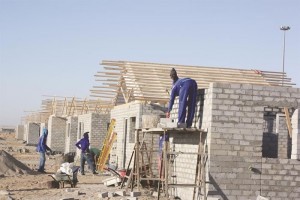 In Egypt the current population stands at about 90 million and the government officials have projected the population to exceed 120 million by the year 2050.

Currently many Egyptians living in sprawling slums, the country is struggling to build enough houses for the poorest in society. So many people live in a network of tombs in Cairo that the area has become known as the City of the Dead.

Iveco set to construct a US$ 22m assembly plant in Kenya