The first solar powered airport in  South Africa has officially been opened making it a first of its kind in Africa.

Environmental Affairs Minister Edna Molewa congratulated the Department of Transport as it is one of the key departments paving way for South Africa’s Green Economy Strategy.

Majority of the airport’s energy needs will be supplied through 200 square meters of photo-voltaic (PV) panels. PV technology generates electricity from solar radiation providing a renewable and clean energy source. The first phase will involve generation of 750kw through this clean energy source sufficient to meet the airport’s daily needs. This is however expected to increase with plant capacity in future. 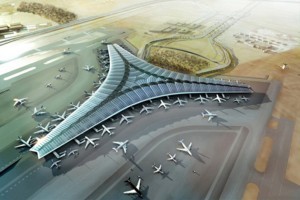 The minister said the government is on track in transitioning South Africa to a low-carbon, resource efficient and green economy. Green transport initiatives form part of government’s strategy to shift the economy towards sustainable industries with low environmental impact.

“The achievement at George Airport is the result of successful collaboration between government, entities and the private sector in developing the green economy. The new solar-powered airport will operate on cost-effective and renewable sources to generate energy. It is also expected to simultaneously support South Africa’s greenhouse gas emissions reduction targets,” says Molewa.