Falling levels in the Zambezi river initiated the need to import power for Zimbabwe, because the Zambezi River Authority had to ration water allocated to power generation. Zimbabwe import 300 MW of power from Eskom (South Africa) each month, at a cost of US$0,14/KWh. 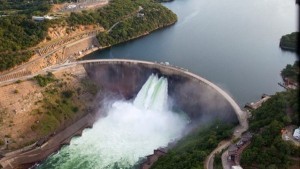 Daily national consumption of power is forecast at 1 400 MW in summer and 1800 MW in winter. The average daily national power generation capacity  sits at 956 MW, creating a power deficit for the nation. The US$ 533 million Kariba South expansion project is expected to substitute the need to import power.

The Zimbabwe Electricity Supply Authority is currently prepaying US$ 6,5 million per month for imports  from Eskom and Hydro Cahorra Bassa of Mozambique . This translates to US$78 million annually.  If the Kariba South Hydro Power Station is successfully added onto the national grid, the 300 MW expected from the expansion will save the power utility the huge import bill.

The Kariba South expansion project is expected to start feeding power into the grid by December 2017. The project which is 60% complete is being undertaken by China’s Sino Hydro. All underground excavations have been completed , except for the removal of intakes and outfall temporary protection coffer dams, which is currently in progress.

Zambia and Zimbabwe are jointly pursuing the Batoka Gorge project, as another initiative being pursued to increase power generation.

4 power plants to be constructed in South Africa