Japan’s Marubeni and Germany’s Siemens are expected to receive an order worth an estimated 60 billion yen ($512 million) for a cutting-edge, gas-fired power plant in Thailand. 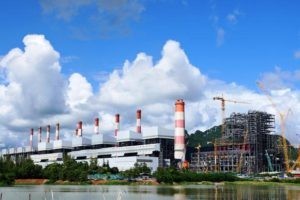 The roughly 1.2 million kilowatt plant is to be completed in 2019. Thailand’s power generation agency leads the project to replace a plant in Samut Prakan Province that runs on heavy fuel oil.

Marubeni intends to propose related projects to the power agency, such as the supply of liquefied natural gas and construction of floating storage and regasification units. The Japanese trading house also aims to build plants in neighboring countries that do not produce gas, such as Vietnam and Myanmar.

In addition to operating power plants mainly in emerging nations, Marubeni handles engineering, procurement and construction. The company has been especially active in Thailand, having built facilities with combined output of about 11 million kilowatts, or roughly 30% of the nation’s total.