The Apollo, Centroom and 3nity buildings have something in common – they are all structurally faulty. The 3nity structure in Bratislava’s garage roof collapsed in 2012, luckily no one was hurt badly. This followed by the remaining two been emptied due to a danger of them collapsing. Experts have put the unsafe building down to reduced costs and budges for construction and also lack of construction time and insufficient supervision. Therefore, these buildings were not produced to a high standard. Some buildings today are been built too cheaply and too quickly.

Centroom is a building which has over 40 apartments, offices and shops. While it received the final building approval five years ago, the local construction office ordered on October 8th to empty the building because of how unsafe it was. The building not only was a threat to the people inside it but also was a threat to its surroundings outside.

A similar occurrence happened with Apollo Business Centre 1, which is office buildings. Its owner closed the building on October 17th and ordered all of the tenants out due to the risk of it collapsing. 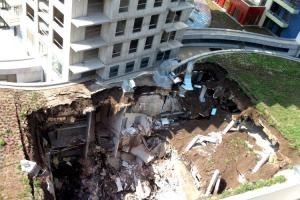 An unopened highway bridge collapsed in November 2012 leaving 4 workers dead and 11 injured. This occurred after the highway had supposedly been complete and the ribbon cutting ceremony had officially taken place. An investigation into this is still pending.

The Apollo, Centroom and 3nity projects are connected with the name of one structural designer, Ján Tomčáni. After the collapse of the roof in 2012 he was stripped of his licence he held between 2001 and 2013 and charges were filed against him.

It is very important to build all structures carefully and properly to avoid any dangers like this from happening. Building a structure cheaply and too quickly could cause devastating consequences.

Construction of Sahofika hydroelectric plant in Madagascar to begin in December