The Department of Water and Sanitation (DWS) this week warned of dwindling South Africa dam water levels, and pleaded with consumers to continue to save water and for the Water Service Authorities to implement water conservation and water demand management strategies. 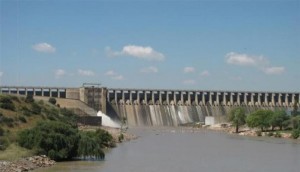 With no significant rain to relieve the pressure on the dams, the average water levels of the national storage of 211 dams decreased slightly week-on-week from 72.9% last week to 72.7% by the beginning of the new month. However, this is an improvement on the 54.3% recorded in the corresponding period last year when the country endured the worst drought in decades.

The Western Cape continued to experience severe water shortages, with the City of Cape Town contemplating the introduction of Level 4 restrictions.

Outlining the current situation, the DWS said the Cape Town Dams System that comprises six dams serving mainly the City of Cape Town, had decreased from 22.9% last week to 22.3% by May 1. This time last year, the system was at 31.7%.

The Algoa System, comprising five dams serving Nelson Mandela Bay, decreased to 40.6% this week from 41.4% last week and compared unfavorably with the 79.3% recorded during the corresponding week the year before.

The six dams under the Amathole System that serve Buffalo City registered a decrease from 71.4% last week to 70.9% this week. A year ago, the system was at 88.5%.

The five-dam Umgeni Dam System serving mainly eThekwini and Msunduzi decreased from 62.7% to 62.4%, but remained higher than the 54.5% recorded during the corresponding period last year.

The Bloemfontein System rose by 0.3% to 51.5% this week. The Crocodile West System, which serves Tshwane, Madibeng and Rustenburg, in Gauteng, recorded a decrease of 0.4% to 99.3%.

The Integrated Vaal River System (IVRS) remained relatively stable at 84.1%. The Vaal dam, one of 14 dams in the IVRS, registered a decline from 103.2% last week to 102.2% this week. However, the dam was at 43.8% during the corresponding period last year.

The Sterkfontein dam recorded a slight increase from 89.7% last week to 89.8% this week, while the Grootdraai dam declined gradually from 95.1% to 93.8% and the Katse dam decreased from 49.1% recorded last week.