South Korea says will open a centre for renewable energy technology at Nelson Mandela African Institute of Science and Technology in Arusha Tanzania, the country’s Deputy Permanent Secretary in the Ministry of Energy and Minerals Dr Juliana Pallangyo has said.

Dr Pallangyo made the announcement in Dar es Salaam when speaking at the 2016 Korea- Tanzania Energy and Environment Cooperation Forum. 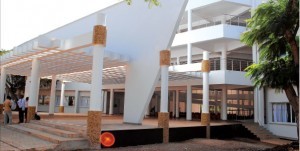 The energy centre in Tanzania is aimed at developing energy solutions in the country.

“Korea will open a centre that will offer studies and solutions on supplying sustainable energy,” she said, adding that the centre is planned for early 2017.

In a different development, South Korea has also planned to invest in the field of energy and environment in two sectors, namely affordable and clean energy and climate action…a decision that has been exceedingly welcomed by the government.

Speaking on the investment, Dr Pallangyo said that the investments are key sectors that are vital in realizing Tanzania’s Development Vision 2025.

“I am sure that Korea will present an opportunity to explore more sectors of prospective bilateral teamwork in the fields of energy and environment in Tanzania,” Dr Pallangyo said, adding that the government is accountable to give the overall leadership to facilitate the investment.

She said the Korean investment on energy is essential as the government focuses on escalating access to modern energy services and growing the share of renewable energies in electricity generation to improve accessibility, consistency and security supply. She said that Koreans are welcomed to take part and combine forces in the development of the energy sector in the state.

In addition, Dr Pallangyo said the one-day forum aimed at facilitating provision of helpful perceptive toward employing energy techniques in the nation.

The Ambassador of the Embassy of the Republic Korea, Song Geum-Young said the investment hopes to boost the bilateral ties between Tanzania and Korea for a better future of the citizens.

7 Construction-technology trends to watch in 2017