Tamale to become hub for air transport in West Africa

The Savanna Accelerated Development Authority (SADA) is putting policies and structures in place to make Tamale a hub of air transport in West Africa.

SADA CEO Charles Abugre made the announcement during his presentation of the Tamale and Buipe infrastructure plans to some stakeholders in Accra, Ghana. 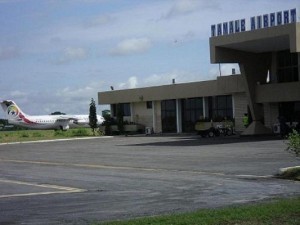 However, the move forms part of the authority’s plan to beautify Tamale into a modern city through improved infrastructure in anticipation of population growth and industrialization. Meanwhile, the plans are a subset of the SADA master plan, a 25-year medium-term development plan that will serve as a blueprint to the development of the savanna zone.

In outlining reasons for making the Northern capital a hub of air transport services in West Africa, Mr Abugre stated that people will get to save more time journeying from Tamale to Europe as compared to any other part of the country.

The geographical location of Tamale had positioned the town to be on the flight path to Europe hence saving more than an hour of travel.

“First of all Tamale is a one and half hour maximum by flight to virtually every West African destination. It is on the flight path to Europe so when you take off in Tamale you actually save more than an hour going up to Europe,” said Abugre.

He further stated that, the town had a lot of bare land and open space to operate which could develop the air services and maintenance successfully.

Additionally, Tamale had mostly dry weather conditions which would give room for aircraft maintenance since it could succeed best under the town’s atmospheric conditions.

“The area is dried up and does not have the humidity problems of Accra or Kumasi and air craft maintenance requires very dry conditions making the town very ideal for air transport,” he added.

However, SADA was committed to developing Tamale into an airport city hub and is currently facilitating a project to that effect. The project, included aircraft services and aircraft maintenance and would collectively be referred to as the Tamale Airport City and Industrial Hub.

According to Charles Abugre, the plan is part of the city’s design for Tamale and the project is called the tamale airport city and industrial hub which includes aircraft maintenance and aircraft services.

However, once the services have been included in the hub, light aircraft will be allowed to fly across West Africa adding that as the logistics were inclusive, cargo going to other parts of the world will be easier to take off from Tamale.

“Slowly when you provide the logistics cargo going to other parts of the world will be easier to take off from Tamale than anywhere else,” he said.