Two geothermal power projects in Kenya have received a vital boost of US$ 30m from a Clean Technology Fund that is backed by six multilateral development banks. The concessional loan that was approved to finance the two power projects in Menengai will have the ability to produce an estimated total output of 70 megawatts (MW).

The Climate Investment Fund said the loan endorsed through its Clean Technology Fund component will tremendously assist in the expansion of Kenya’s output of clean energy through projects structured as Independent Power Producers and implemented with support from the African Development Bank. 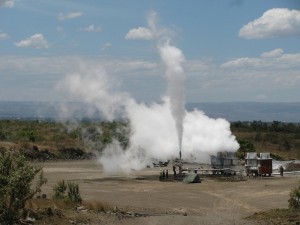 Joao Duarte Cunha, the bank’s coordinator for Clean Technology Fund confirmed the reports and said that this initiative will help Kenya to reshape its future in renewable energy. “At the moment, Kenya is demonstrating its ability to reshape its energy future by developing its vast geothermal resources through Menengai,” said Mr. Duarte.

114 rural roads in Nigeria to be constructed