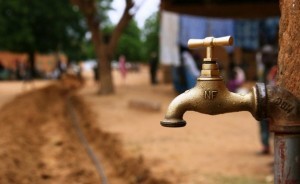 The new centre is more reliable in terms of distribution of water in the neighbourhoods of Alto-Maé, Central, Maxaquene, Malanga, Mafalala and Polana. Previously these parts of the city encountered limitations in terms of water supply as a result of low water pressure.

In a statement after the inauguration ceremony, the minister said the Alto-Mae centre is part of the second phase of the expansion and rehabilitation of the water supply system in the country’s capital city, the neighbouring city of Matola and the district of Boane, which will be done at an estimated total cost of US$132 million.

The water project will also involve building a new water treatment station on the Umbeluzi river; the installation of 27 kilometres of water main between the Matola distribution centre and the Umbeluzi station; the building of new distribution centres in Matola Rio ,Tsalala, Belo Horizonte, KaTembe  and Boane; the construction of 16 small scale water supply channels in the northern parts of Matola and Maputo municipalities; and laying about 1,000 kilometres of water pipes with their respective home connections.

These actions, the minister said, will benefit around 1.5 million people in the Greater Maputo Metropolitan Area, and will be a boost to industry and trade in Maputo and Matola cities.

“Our government regards water supply as one of the pillars of poverty relief and of the economic and social development of the country, because access to this precious liquid ensures good health and promotes the development of various sectors of economic activity”, added the Minister.

At Alto-Mae, apart from the new deposit with the capacity to store10, 000 cubic metres, a new pumping station was constructed and equipped, and generators were put up to ensure that water distribution will go on even in the event of a power cut.

This work  to boost water distribution capacity in Mozambique has been co-financed by the Mozambican government and the French Development Agency (AFD).

Financial agreement signed for the construction of the Lagos-Abidjan Highway