Affordable housing in Uganda continue to be a burning issue with reports indicating that Ugandans lack access to affordable homes. Sector players in the country partially blame the high costs on a sharp housing shortage amid growing demand.

Uganda’s housing shortage rests at 1.6 million units. The yearly demand on the other hand has increased to around 200,000 residential units per annum, industry analysts say. 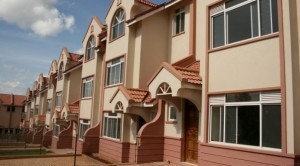 They project an extra demand of 2.4 million housing units in the next four years amid a progressively rising population and sluggish growth in the development of large-scale housing estates.

The nation’s population stood at 34.6 million inhabitants by the end of August last year, reflecting a 3.2 per cent yearly growth rate since 2002, according to survey data compiled by the Uganda Bureau of Statistics.

“About 69 per cent of the Kampala’s population live in rented housing, the cost of which remains out of the reach of the majority.

She further said “This confirms that there are opportunities in reasonably priced housing products. But 50 per cent of Uganda’s inhabitants earn less than ($174.9) per month making mortgage facilities too expensive.”

Commercial mortgage loans carry a typical interest rate of 18-21 per cent per annum together with an equity contribution of 10-20 per cent of the property value. Just as, delays in processing land titles — which at times takes longer than three months — have added to the cost of buying decent homes.

Fuel Filtration in Africa and other Developing Nations