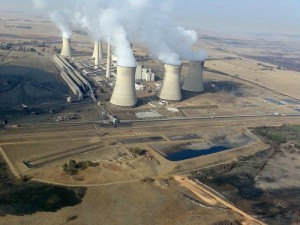 The cogeneration power plant in South Africa was commissioned by project developer Vuselela Energy and Equity provider H1 hildings and it would help capture waste heat from Amplat’s conversion plant which was already generating 3.2MW of power.

According to the Executive Head of Process for Amplats, July Ndlovu, the new innovation used in the cogeneration plant would provide solutions to energy challenges in sectors such as smelting which uses a lot of energy faces.

There was now presence of clean, sustainable and reliable energy and Eternity Power would be South Africa’s first thermal harvesting power plant for Amplats.
The developers of the plant described it as a world first with its connection to the converter at a metallurgical smelter representing an innovation on energy efficiency.
The project was designed, engineered and managed by Environmental Process Solutions (EPS), the technology being similar to that of Ormat, Organic Rankine Cycle System an Israeli Company.

Ndlovu also noted that the technology used in the plant had never been used in a smelter environment and a momentous amount of was done to design the integration of the technology into the smelter complex and establishment of the technical feasibility process.

The new power plant would enable Amplats reduce dependence on the National Grid while at the same time helping reduce its smelter carbon print. There would be a secure supply in terms of guaranteed output capacity, conversion efficiency and availability.

MAINTENANCE INSPECTION OUTSIDE TO IN