Construction of major gold processing plant in Zimbabwe on course

A cross-check at the site showed that a big percentage of the civil works, construction of a crushing section and conveyor infrastructure, water tanks, carbon in leach tanks and thickener is almost complete.

The company’s CEO, Mr Noah Matimba said he was optimistic that they will meet the projected time of commissioning with the last shipment of material meant for the plant from China expected at the mine within the following few days. 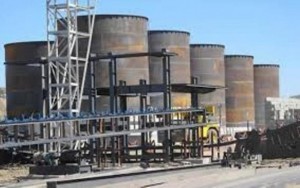 “As you can see most of the civic works at Cam &Motor plant are done although we are still to install things like the conveyor belts and motors but we are hopeful that the plant will be ready for commissioning by September.

“Part of the last shipment is coming via Beira while the other shipment comprising of ball mills that came through the port of Durban is already in the country en-route to the mine,” he said.

He said that they had also made an order and signed a contract for a floatation plant, which is scheduled to be delivered during Q4 2016.

Mr Matimba said when commissioned they expect the milled capacity at the mine to rise from 24 000 tonnes to 75 000 tonnes per month. The firm currently uses a rented processing plant located in Chakari, which is nearly 50 km away from Kadoma.

Mr Matimba added that while they were anticipating an increased tonnage, this is not expected to translate to increase in gold production. The new plan will need an additional 300 employees.

Commenting on the financial aspect, Mr. Matimba said that they anticipate an increase in overall production after the new plant is completed to see their operating profits from gold operations nearly doubling to what was achieved in 2015, depending on the stability of the gold price.

Mr Matimba added that their vision, depending on the availability of ore and agreement with the owners, was to continue to step up gold production by continuing to use the rented gold processing plant even after the commissioning of the new plant. More exploration is currently ongoing around Cam & Motor Mine together with Renco mine. This is geared at establishing more knowledge on the available gold reserves.

In addition to pursuing increased gold production, Mr Matimba said they were also looking for additional alternative suppliers of matte for the Empress Nickel Refinery. He said up to now they had engaged both local suppliers of nickel as well as copper matte, both of whom have shown willingness to supply the raw material though they are still to iron out a few issues at their operations. The restart of Empress Nickel Refinery will see Rio Zim’s entire workforce rise from around 1900 people to nearly 2300.

RioZim, with five operating units RioGold, Rioenergy ,Riobase Metals, Riochrome  and Riodiamonds has been depending on increased production of gold from Cam & Motor. The company recorded a 42 percent growth in output of gold in 2015 (vs 2014) at 1 200 kilogrammes (42,328 ounces) after it opened Cam & Motor to operation, which led to revenue from gold rising from $25,8 million in 2014 to $44,6 million in 2015.

The rehabilitation of the R28 road in South Africa has commenced