Construction of the Empire State Building

The Empire State Building is located in Manhattan, New York, USA. Upon its completion in 1931, it was the worlds tallest building. It took just over 1 year to complete the structure which started on March 17th 1930 and was completed May 1st 1931. The name for the building came from the nickname given to New York which was 'The Empire State'. 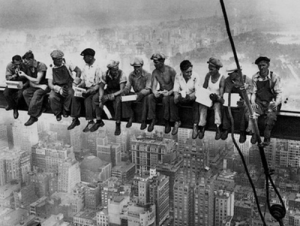 The Building stands at a total of 443m which includes the spire, 381m without the spire. The structure was the worlds tallest building for 42 years which is to this day, record breaking! The World Trade Centre which was also constructed in Manhattan, over took The Empire State Buildings record but this was soon reversed again when unfortunately on September 11th 2001 The World Trade Centre collapsed. 11 years later The World Trade Centre was rebuilt, meaning once again it over took the height of The Empire State Building. The Empire State Building is currently the fourth tallest completed sky scraper, measured by pinnacle height, in the USA. It is the 25th tallest in the world. The American cultural icon was named as one of the New 7 Wonders Of The World. The structure stands 103 stories tall and has observatories on the 86th (1050ft up) and 102nd (1250ft up) floor. The structure weighs a total of 365,000 tonnes which is equivalent to 52,000 elephants.

Construction of The Empire State Building was extremely dangerous. Workers had no effective, protective clothing and no harnesses to prevent them from falling. According to official records, 5 people died during the construction. One was struck by a truck, another fell down an elevator shaft, a third was killed by explosives, a fourth struck by a hoist and the fifth fell from scaffolding. Health and safety procedures were not considered highly at this time. Construction work began January 22nd 1930 and by March 17th 1930, 3000 workers were building 4.5 floors per week. Over a year later, the construction work was complete which took over 7 million man hours. May 1st 1931, The Empire State Building was officially opened by President Herbert Hoover who was president of the USA at the time. 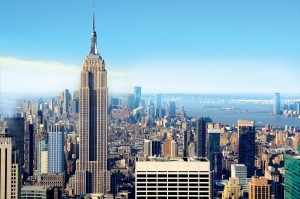 Kenya to begin construction of its section of Coastline Transnational Highway