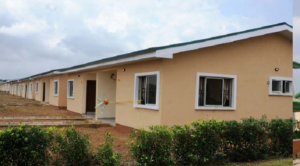 The Head of the Civil Service of the Federation (HoCSF), Mrs. Winifred Oyo-Ita said about 16,000 Federal Civil Servants who participated in the Federal Integrated Staff Housing (FISH) Property Fair would benefit from the first phase of the mass housing scheme.

She also said that while over 23,000 federal workers have registered as members of the FISH Cooperative Society Limited, the 16,000 workers that participated in the fair had made their choices of the houses according to the discounted prices on preferred locations as displayed by the developers.

“As at today, about 1,350 houses at various locations in Abuja and Lagos have been uploaded unto FISH program and allocations has commenced basically on ‘first come first serve’,” Oyo-Ita said.

She said while the FISH program is strategic initiative designed purposely as an intervention project for massive housing delivery to federal civil servants, it is also a Special Purpose Vehicle (SPV) for housing delivery for federal workers and is being driven by strategic partnership involving relevant ministries, Extra-Ministerial Departments (MDAs) and National Pension Commission (PENCOM) among others.

On his part President of the Real Estate Development Association of Nigeria (REDAN) Mr. Ugochukwu Chime said the cost of infrastructures for the estates were added to the cost of the units of the houses as the infrastructures were not provided free as was the case on other areas like Maitama and Asokoro, and also in some cities across the country.