Emissions of CO₂ (Carbon Dioxide) are monitored due to the effect they have on our ozone layer. All vehicles are categorized due to the level of CO₂ they emit as the extra carbon dioxide is trapped within our atmosphere causing the planet to become warmer than it would be naturally. This then increases the global temperature which causes the problem of global warming.

Heavy duty machinery is categorised into six separate Euro divisions show in the table below. New engines being built into machinery are much more sophisticated in their ability to limit the amount of CO₂ they emit. Over the past 10 years, various implementations have been put into practice to reduce the level of CO₂ being released.

Industry standards in engine emission quality is improved regularly and this is throughout all vehicle engines from cars to heavy duty machinery. Reconditioned engines are often replacing old in-efficient engines in order to minimise CO₂ output.

The following are some of the most important rulemaking steps in the heavy-duty engine regulations including the explanation of various Euro divisions:

Euro I to II were introduced in 1992-1996 however were entirely voluntary for company engine designs to comply with. Euro III was introduced in 2000 followed by Euro IV and V in 2005 and 2008. This set more stringent emission limits for extra low emission engines known as ‘enhanced environmentally friendly vehicles’. This was still a guideline and was entirely voluntary.

Euro VI emission standard was introduced in 2009 by forced regulation. These new limits became effective in 2013 and were applicable to all new engines from 2014.

The USA also has a set of strict divisions for emission standards know as Tiers. Below is a breakdown introduction of them.

Tier 1-3 were introduced in 1994 for off road diesel engines over 37kw. In 1996 an agreement between the Environmental Protection Agency (EPA), California ARB and heavy duty engine makers including Caterpillar.

In 1998 a regulation was introduced called the Tier 1 standard followed by a much more stringent Tier 2 & 3 which were phased in from 2000-2008. The criteria for Tiers 2-3 are met through advanced engine design.

In 2004 EPA ruled a Tier 4 standard which required emissions to be reduced by a further 90%. To meet this requirement the use of control technologies such as gas after treatment was used.

Global warming continues to be an issue and stricter guidelines are being developed continually to ensure emissions are kept to a minimum.

What effect does this have on machines used in Africa?

Heavy machinery being imported from Europe into Africa is fitted with highly sophisticated engines designed to run more efficiently. Fuel used in these machines must be of a certain quality to ensure that engines do not break down. Currently most of Africa runs on fuel which contains high levels of water and debris, this is extremely harmful to engines and can be very easily fixed. Fuel filtration is enormously beneficial for your fleet and very cost effective. Read more on Fuel Filtration.

Tier 3b and up engines require ultra-low sulphur fuel which is 50ppm and if standard low sulphur fuel is used (between 500-5000ppm) it causes issues with the electronics and is not recommended in Africa.

By using machines with fuel efficient engines you will be maintaining a fleet with better health. It will avoid breakdowns and your machines will last longer. If you would like more information on Fuel efficiency please do not hesitate to contact us. 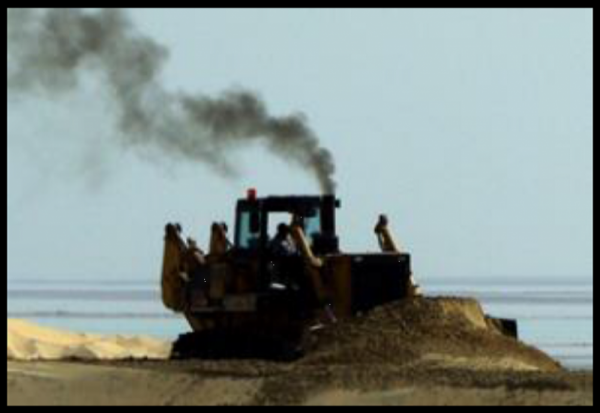 Facts And The Construction Of The Three Gorges Dam, China