A terminal expansion project at Wattaya International Airport should be completed by 2018.

Project supervisor, Sengsangoun Chanthavong, said the project under the Official Development Assistance of the Japan was worth 7.5 billion yen (over USD60 million). 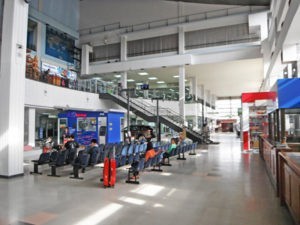 The project began in December, last year and is now due for completion in June 2018, he said.

The terminal expansion project includes constructions of new hangers,  a new taxiway, renovation of the runway and aircraft parking areas.

Once completed, this project will increase passenger traffic capacity and the potential number of aircraft landings and takeoffs.

Passenger traffic at Wattay International Airport has increased rapidly over recent years from 500,000 passengers in 2011 to 1.1 million in 2014, according to the Ministry of Public Works and Transport.

Annual passenger traffic is expected to reach 2.8 million by 2028.  Tourist arrivals to Laos reached 4.6 million in 2015 and are projected to surpass 6 million by 2020.