A Mortgage literacy campaign in Nigeria has kicked off in the wake of sustained lack of access to mortgage and housing microfinance nationwide.

The Mortgage literacy campaign in Nigeria being spearheaded by Nigeria Housing Finance Programme (NHFP),the Central Bank of Nigeria (CBN) and with the support of the World Bank the move is aimed at boosting literacy and consumer education campaign to stem the tide. 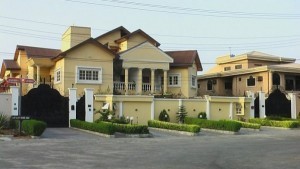 Also read:Mortgage firm promises US$4750 worth of houses for Nigerians

The NHFP has engaged the services of an Abuja based communication firm, Blake & Harper Nigeria to develop strategies and deploy materials for consumer education. This, it hopes would help stimulate awareness, increase mortgage uptake nationwide and open access to housing micro finance through a pilot program with eligible Micro Finance Banks (MFB).

Various communication tools are planned to help create the awareness. They would involve exploiting a mix of traditional and new media. There would be advertisement, public relations, activation of campaign plan, heightened awareness through the social media platforms etc.

Several brochures, pamphlets, leaflets and assorted literature would be produced and distributed across the country among stakeholders. There would as well be direct interaction with the relevant publics through workshops, town and market storms

By these activities, the Nigerian government through the NHFP wants to confront the country’s huge housing deficit that is estimated at 17 million houses with catalytic process and pilot products.

In spite of Nigeria being Africa’s largest economy with a GDP of $510 billion, the housing and construction sector accounts for only 3.1% of the rebased GDP, producing about 100,000 units of houses per year.

The lackluster performance of the country’s Mortgage and Housing micro financing penetration has been of great concern for the government and the industrial subsector – industries and jobs associated with the housing industry. It is estimated that of the nation’s estimate 10.7 million housing stock, barely five percent is through formal mortgage.

A New Invention Which Could Reduce Or Even Eliminate Asphalt Roads

DRC signs US $14bn deal for the Inga 3 dam project