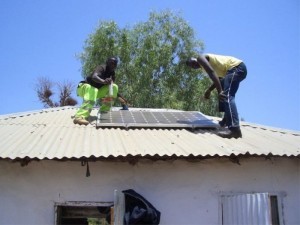 East African rural areas mostly not connected to the national grid are breathing a sign of relief thanks to solar power that is gaining currency in remote areas of the region.

The United Nations Industrial Development Organisation (Unido) and Paris-based Renewable Energy Policy Network for the 21st Century (REN21) reports that in 2015, $139.8 million was invested in the off-grid solar sector in East Africa, representing about half of the $276 million invested globally.

In an effort to reduce its cost to consumers and help the technology to be more accessible and cheaper across East African rural areas, governments of the region have  exempted off-grid solar system from duty and VAT.

The technologies that are currently being used in East Africa include Pico applications (small mobile phone chargers and solar lanterns) and solar systems in clinics, schools and homes.

In East Africa alone US$ 139.8m has been invested in the off-grid solar system. This is about half of the US$276m globally invested.

About 10 megawatts capacity of grid-connected solar photovoltaic had been installed in the East African region by 2015. Tanzania led the region with 473,009 off-grid Pico systems sold from July 1 to December 31, 2015, followed by Kenya, Uganda and Rwanda respectively. The “pay as you go” mobile telephone payment system has been a chief facilitator of sales

The Kenyan cabinet secretary for Energy Mr. Charles Keter said that about 1,800 institutions were supplied with solar PV systems with a combined installed capacity of 2.4 MW at a total sum of US$ 300m. He added that installations will be done in 100 more institutions by late June next year. He stated that the government is working towards production of 5,000MW and global access to clean energy by the year 2020.

He said Unido is working with regional and national partners to encourage wider distribution of clean energy systems.