The construction of Nyagak III Small Hydro Power Project in Uganda is set to commence soon, this is after the Ugandan Government and a German firm signed a US$ a 1.8m agreement.

The agreement which was signed by Uganda Electricity Generation Company Limited (UEGCL) on behalf of the government took place at the UEGCL offices in Nakasero. The German firm GOPA-International EnergyConsultants GmbH together with an Italian based Zollet Ingegneria who are owner’s engineer for the project were present during the signing ceremony. 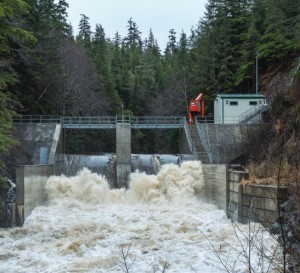 Dr. Eng. Harrison Mutikanga, chief executive officer UEGCL confirmed the news and said that he was confident that the firms were highly regarded and that they will deliver quality results.

He further pointed out that the Nyagak III Small Hydro Power Project in Uganda will be developed as a public – private partnership by a Special Purpose Vehicle (SPV) (Genmax Nyagak Limited) formed between UEGCL and the procured Private Sector Partner, a consortium of Hydromax Limited and Dott Services Limited.