For the next 4 years South Africa has immense potential for wind installations. According to recent reports by GlobalData research and consulting firm, more than 3 GW of wind energy is expected to be installed by 2020 which will bring the country’s cumulative wind capacity to 5.6 GW.

The report also states that majority of the addition capacity occurred in the last few years, with 30MW installed in 2013, 606 MW in 2014 and 483 MW in 2015. Until 2012, the wind industry was almost non-existent with just 10 MW of cumulative wind capacity installed. 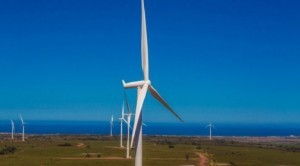 According to Pavan Vyakaranam, GlobalData analyst, South African wind energy market is still new even after large generation capacity additions in the past few years, and has a huge potential for growth. He added that the country requires a system to determine wind speeds and other factors to plan installations, future developments, and infrastructure in line with the available wind potential at different locations and sites.

South Africa’s wind industry has the potential to push the country closer to reaching its climate targets. In 2015, South Africa submitted its Intended Nationally Determined Commitments (INDC) ahead of the 21st Conference of Parties (COP21) with an aim to limit the greenhouse gas emissions by striking a balance between the much-needed development of power capacity and the emissions arising from development.

“The energy sector is currently the largest source of greenhouse gas emissions in South Africa, emitting close to 250 million tonnes (MT) of carbon dioxide equivalent,” said Vyakaranam. “With more capacity additions underway, wind power will account for reductions to greenhouse gas emissions in South Africa by an estimated 6.4 MT in 2020 and then 12.7 MT in 2025,” he added.

In 2015, Tina Joemat-Pettersson South Africa Energy Minister announced that she will approach the National Energy Regulator (NERSA) to make arrangements to offer an additional 6.3 GW in future auctions.

Top 5 Most Interesting Buildings and Complexes in the World