The Building of the Pyramid of Giza

The Pyramid of Giza is one of the Seven Wonders of the World. In fact, it is the only one which is still standing today. The pyramids were not only built for tombs for the Egyptian kings but also were built with the idea that they would reflect the sunlight and turn the king into the sun god himself. The pyramids were able to reflect the light because they were built and finished with the finest white limestone which made the surface smooth and straight. However, today we see the pyramids with hundreds of steps which is due to erosion and also the pyramids were stripped to be reused in constructing bridges, mosques and palaces.  Currently there are 203 steps up to the top of the pyramid. 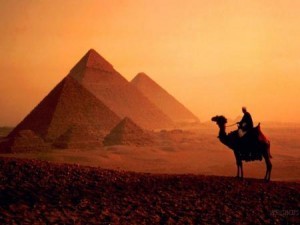 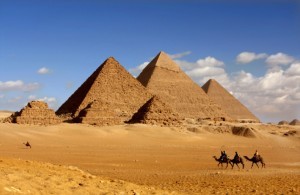 Dimensions and Weight The Pyramid of Giza weighs 6.5 million tonnes and for around 4000 years, it was the tallest structure in the world, reaching 481 feet. Today, the pyramid reaches a height of 449.5 feet which has been lost due to erosion. Each side of the base of the pyramid measures at 756 feet and the whole of the pyramid covers 13 acres of land which equates to 10 football fields. With its stone work they could build 30 empire state buildings!

Financial agreement signed for the construction of the Lagos-Abidjan Highway

DRC signs US $14bn deal for the Inga 3 Dam project